Get $100 of curriculum for free 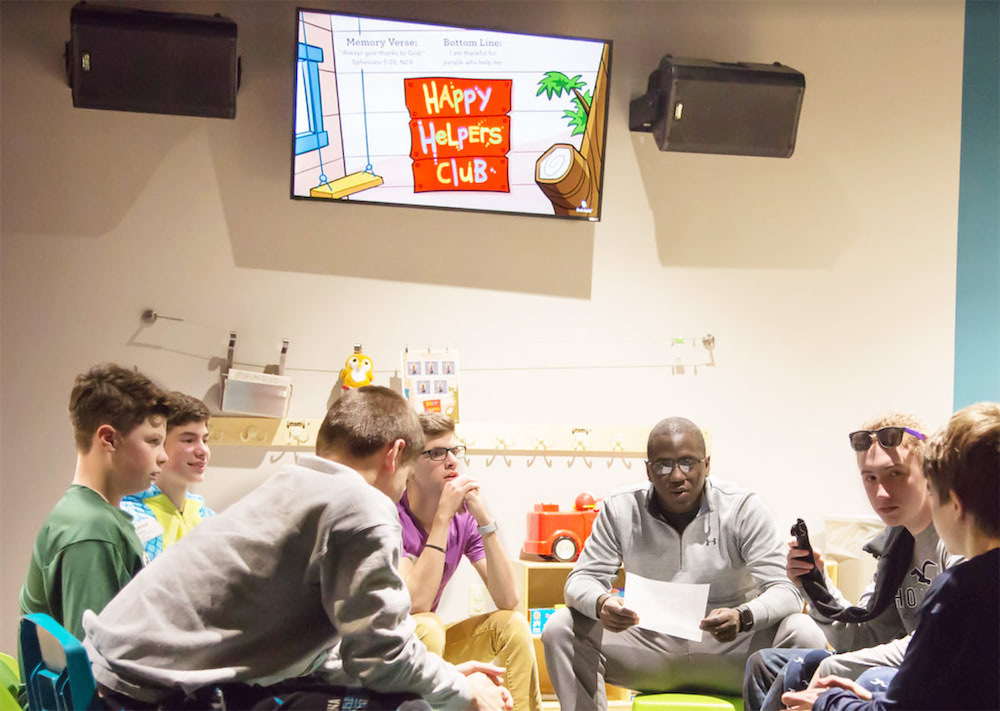 What if I subtract to solve a problem?

What if I subtract to solve a problem?

Across a series of experiments, researchers observed that people consistently consider changes that add components over those that subtract them — a tendency that has implications for decision-making at your church.

Humans are inclined to solve problems by adding something. Across a series of experiments, several researchers observe that people consistently consider changes that add components over those that subtract them — a tendency that has broad implications for everyday decision-making at your church.

For example, a university study analysed archival data and observed that, when an incoming university president requested suggestions for changes that would allow the university to better serve its students and community, only 11% of the responses involved removing an existing regulation, practice or programme. Similarly, when the authors asked study participants to make a 10 × 10 grid of green and white boxes symmetrical, participants often added green boxes to the emptier half of the grid rather than removing them from the fuller half, even when doing the latter would have been more efficient.

What if, you did the opposite. What if you ignored the impulse to add more and decided to instead focus on subtracting when solving ministry problems?

In 2018- Northview Church was launching a new campus in Kokomo Indiana. Their tech team was in the process of outfitting the Kids Ministry environments with everything that they would need to run ProPresenter in the new rooms. Northview had used ProPresenter at all their other locations- so it made sense to use it in their new one. Right?

But the cost of getting everything set up was daunting. New computers, new TVs, new ProPresenter licenses, complicated tech booth setups for larger rooms. So, Northview took a shift in perspective. Instead of piling on more technology to equip the rooms, they wanted to know how they could use less. Kevin Smith, a member of the production team, volunteered to make an app they could use to send curriculum to Apple TVs. This would cost way less than new computers, so the financial people were thrilled. Spoiler alert: this is how Playlister was created. Northview eventually switched from using lots of more complicated systems to rolling out Playlister in their classrooms everywhere. This saved them setup money per environment and actually became more useful since a central content team was able to send curriculum everywhere.

Self checkout at the grocery store serves more customers than a traditional checkout. But putting less gas in a car won’t help you drive any farther. Determining how you could do more with less requires that you step back, look at your current process, and be candid with yourself on ways you can improve.

Consider the Lego depicted in Figure 1, in which a mini figure is placed under a roof supported by a single pillar at one corner. How would you change this structure so that you could put a brick on top of it without crushing the mini figure, bearing in mind that each block added costs 10 cents? If you are like most participants in a study, you would add pillars to better support the roof. But a simpler (and cheaper) solution would be to remove the existing pillar, and let the roof simply rest on the base.

Rethink your process- is our current plan really the best plan?

Let’s take a look at one thing essential to every business: sales.

Sales need to keep going up, and the tried and true way of doing this is by building out a sales team. Each salesperson you hire is going to 1) take hours of recruiting and interviewing 2) need months of onboarding time 3) have to carry a quota or else they get fired and you start all over again. What if instead of building out a sales force, you invested in lighter and more flexible means of selling?
‍

For example, you could use software to identify and send well timed emails to your potential customers that look like qualified buyers. One good copywriter with your mailing list could achieve the quota of multiple sales reps. You can use your existing developers to build features into the product that sell forever.
‍

So, how should we analyze our current system? Here are some top questions to consider when rethinking your process:

What is our actual goal?

Churches have greeters outside welcoming people in. Your greeters are happy to see everyone and make new guests feel welcome. The goal here is not to greet people. If you think that your end goal is to simply greet folks, a sign that says “welcome” would technically be the simplest way to accomplish this. But your goal is to really make people feel welcome from hospitality. A sign does not accomplish this.
‍

What is the simplest way to solve this problem?
‍

Let's go back to the sales example. People can go to the grocery store, do their shopping, and checkout without asking any questions. These same shoppers are not quite as leisurely when looking for a new car- they will want to see everything in their budget, ask lots of questions, inspect the car, and test drive the most promising ones. Some things will naturally require more effort than others- but there’s still room to cut out things that your audience doesn’t appreciate.

Let’s go back to the example of buying a car. The “used car salesman” is the stereotype for everything people don’t like about car buying. Carvana discovered a way to subtract and solve this problem. Instead of greeting customers with a sales rep- Carvana has giant car vending machines that potential customers can use to check out vehicles for a test drive. Using less sales people actually improves the customer experience for Carvana’s customers. This solves the problem in a way that is simple, but not too simple.
‍

Toyota uses a technique called “asking the five whys” to get down to the root of manufacturing problems.

The five whys are useful beyond manufacturing. Here is a look at how Rob Chadges, Kids Min Director at Prairie Lakes Church, used the five ways to simplify content distribution.

We need to hire a Kids Min production assistant

They’ll be focused on creating graphics for each campus

We need campus specific intro slides for all the TVs

Why- what info is campus specific?

We added the campus location to the slides

Why- does this actually mean a lot to the kids seeing the slides?

No- they probably tune it out subconsciously

Why can’t we just use the same “Prairie Lakes Church” slides everywhere?

Next time someone on your team immediately jumps to a solution- ask them why until you’ve drilled down to the core problem it is solving. Chances are, there could be a simpler solution that would work more effectively.

Maybe you’re interviewing potential staff members. Maybe you're about to buy more computers for ProPresenter. Maybe you're in the process of doing things the way you always have, the way it “should” be done.

There are some things that never change, but most things get replaced with something easier as time goes on. The easier alternative is usually smaller, simpler. It is less but only in a positive way- less cumbersome, less expensive, less complicated. This is when less is more, and you gain by subtracting.

Get $100
of curriculum for free

How to Make the Most of Christmastime at Your Church

With this wonderful time of year come endless excuses to celebrate and rejoice. It is a time best spent with family, friends, and of course — the church. Make your community excited to get involved with all you have in store by planning an action-packed program that offers something for everyone.

How to Build a Youth Group

The importance of building a youth ministry at your church cannot be understated. It is the young people at your church who will make up the next generation of leaders – from pastors to politicians – engaging them in their church and community is a must.

8 Ways for Christians to Celebrate Thanksgiving

Everyone is included in Thanksgiving, and that is part of the reason why we love it so much. It offers a chance for friends and family to break bread together and join hands over all the beauty that life offers them. Christians know we have God to thank for our blessings, and we must keep Him at the forefront of our celebrations.